What is VE day?

At 15:00, Prime Minister Winston Churchill announced on the radio that the war in Europe had come to an end, following Germany's surrender the day before.

Spontaneous celebrations broke out across the country and the Queen, then Princess Elizabeth, and her sister Princess Margaret, ventured out with a group of friends to experience the excitement in London. 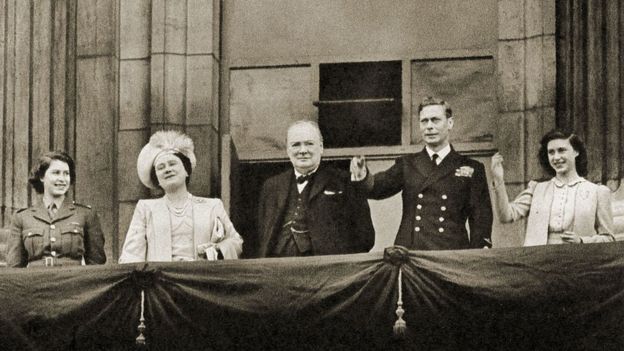 Prime Minister Winston Churchill stands on the balcony of Buckingham Palace alongside the Royal Family (with the Queen, then Princess Elizabeth, on the left) on 8 May 1945

The coronavirus outbreak means people are commemorating the 75th anniversary of VE Day within their own homes. All public gatherings have been cancelled - but a series of events is still going ahead to mark the end of fighting against Nazi Germany in Europe during World War Two.

Socially-distanced wreath-laying, a two-minute silence, a re-broadcast of Winston Churchill's speech and an address from the Queen are among the national events taking place. The government is encouraging people to watch the events on the BBC and to hold 1940s-style afternoon tea parties within their households.

Various events are still going ahead, including:

Please visit the links below to find out more information about VE Day:-